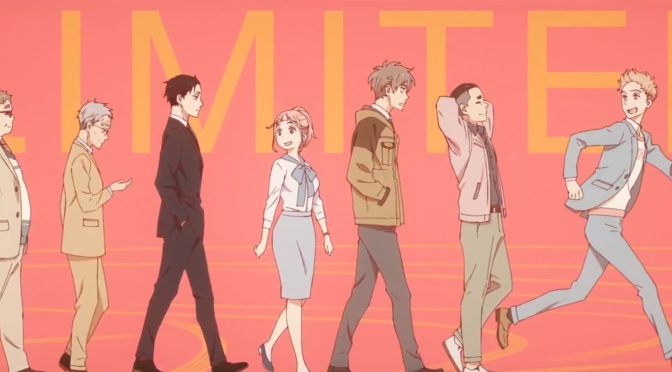 I like a good detective show and seeing that Luc got the crazy Sherlock show I thought I would tackle this one which is crazy in its own way.

There was a lot of action in this show and it didn’t stop even in the briefest moment to introduce you to anything, it just let the action roll and for you to get used to what was happening like this was episode 20 of a 50 part show.

We meet Kato, a former First Division Officer now in the Modern Crimes Prevention Task Force. He seems determined to prove that he’s as good a detective as he possibly ever was and goes above his pay grade to try and do basically what he wants. Then we meet Kanbe who has a unlimited bank balance and by the looks of it bought his way into the same division for some odd reason.

The two don’t really get introduced in this episode but we are introduced to the odd couple pairing as they chase through the city to capture a van stolen by two wannabe thieves, what those two didn’t know, other then they were holding up a chocolate store, was that they had stolen a van with a bomb in it.

It is strange that the show did very little to introduce the characters yet managed to make you care for them.

Even Yoko and Hiroshi who might only be in this episode. They were such ridiculously lost thieves who had no idea what they were doing and even had some complicated background that we didn’t need to get into. Their interactions were enough for us to believe in their bond and by the end of the episode you kind of wanted what was best for them.

So the show is like James Bond if James Bond wasn’t a spy but just a rich boy detective that gets to do what he wants.

I loved this episode but the more I think about it the less there actually was in the show to talk about. It was just action scenes, a few funny little moments with the characters, mainly Kamei, the big end to the car chase and then that was basically it.

I said Yoko and Hiroshi had some complicated backstory for why they were suddenly stealing from stores but it never got too much that it took over the show, just a few hints dropped here and there and boy oh boy were they great characters for it. The same could be said for pretty much everything in this episode, there isn’t much to it but it worked in its simplicity. It didn’t over burden us with anything instead allowing fun scenes to win us over.

Maybe it doesn’t even need to have any more substance then this?

Sometimes mindless action shows is exactly what you need?