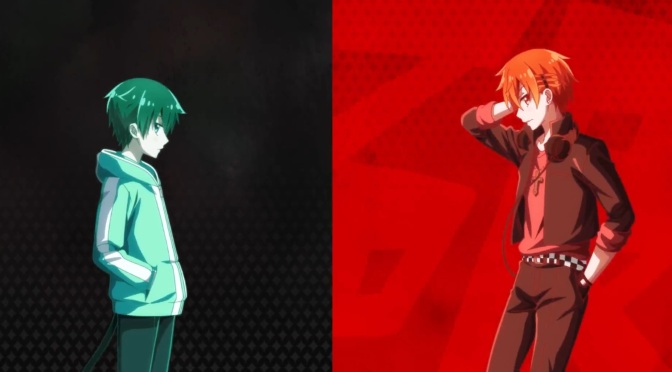 Our chaotic look into the lives of Hanatori, Seri and Tsukimiya continues as Seri attempts once more to escape the crazy world that Hanatori has set up for himself and move on with his life.

This episode was a little less chaotic then the first but it feels at this point that there needs to be a character that isn’t crazy and right now there really isn’t one of those characters.

There just really isn’t and whilst it didn’t add to the crazy in this episode it didn’t exactly help anything either.

You’d think maybe the teacher would be that character but he ended up being as crazy as the rest and the problem is that his lessons that he is trying to get over to Seri are important but he acts like a child himself so Seri doesn’t listen. Not only that but when he is trying to talk to Seri he is either distracted or he allows Tsukimiya to take over and that is that.

Don’t get me wrong it is funny but it doesn’t add anything to the show either other then the ability to laugh at the one adult who is always around.

So many jokes are piled in all at once as well though that they stop being funny and start to just bore you.

I kind of want to see Seri get over this and realise that these are his friends but sometimes it is tedious watching him ignore them and the same old same old happening over and over which ends in a funny situation that “kills” Seri just a little bit more.

In this episode it was the holidays and ignoring Hanatori and Tsukimiya because first up he didn’t want to spend time with them but secondly because he was waiting for Kotoko to message him. When Kotoko come to knock on his door he was so pent up that Hanatori and Tsukimiya were literally outside his house that he thought it was them and shouted at Kotoko missing out on having a date with her.

In another episode where they didn’t squeeze every last bit of comedy out of the 5 or so minutes beforehand it might have worked.

It might have also worked if, like the last episode, the conclusion wasn’t so predictable from the very start of the sequence.

Unfortunately it was predictable and it was overdone and by the time it got to that point I was over everything that was coming up.

Thing is I do kind of like the dopey Homeroom Teacher and Tsukimiya kind of reminds me of my best friend who is just as chaotic as him in many ways. If I text him anything he’ll tell that person (depending on the person and what it is) just to stir a little trouble up in a innocently chaotic way.

As I said I want to see Seri kind of realise that these are his friends and that they aren’t that bad either.

From the looks of the opening credits there are at least two other characters that are going to join in too which might help balance it a little bit, probably won’t, but it would be nice to see a kid who obviously is kind of lonely have a group of friends and get a sense of fun.

Sadly by that time it might be so overplayed that I lose all interest in it.

Hanatori is cute though. Seri is actually the character that annoys me most.