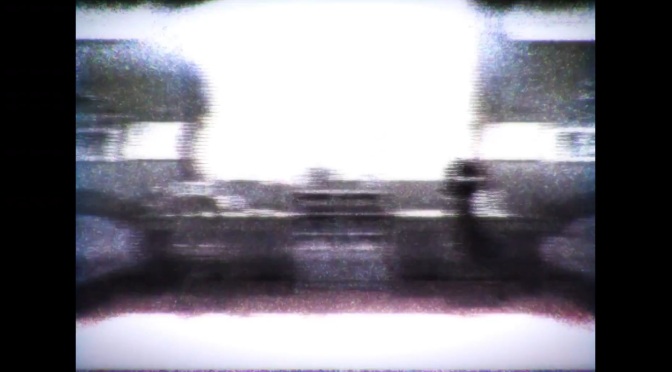 It is already a series I’m much more interested in then the original but with so many things going on will it be able to keep up being interesting?

The answer is kind of no.

I still prefer this vastly over the original but it feels like they are just doing too much too fast and I’m starting to feel like it’ll be as disappointing as Madoka Magica was very soon.

We had the wish revealed in the last episode and this episode started out with Iroha attempting to find her missing sister. That is the mystery I’m interested in. That and that alone.

This episode didn’t focus on that though, whilst it was used to get her into place once more in Kamihami City after another random Witch encounter she’s thrown into a party of three other Magical Girls and has to deal with their problems which includes the constant bickering and eventually one of them summoning Chain Monsters because she was so angry.

Don’t get me wrong I loved the entire urban legend come true of the Chain Monsters.

That usual school thing where there is a place that you go and do this and then bad things happen is a good thing to have in a show like this because it is something that can happily then become true and be a threat.

At the same time it was just too much.

We barely know these characters and it slowly goes from Iroha trying to find out about her missing sister that seemingly has been wiped off the face of the planet to her not being concerned about that at all because three literal strangers are having a argument. She never mentions Nanami and her journey into Kamihami literally the day or so beforehand as well as her friend Kuroe not being in the episode at all.

That is the problem though it kind of forced a interesting plot point into nothingness at the sake of getting these characters together when it really didn’t have to. It jarred with the first episode and everything we had slowly been learning and whilst I enjoyed it and I liked Rena, Momoko and Kaede it just felt like it jumped too far in another direction so fast that I nearly didn’t care at all for the actual story of the episode.

Without reading my reviews and reminding myself of why I didn’t like Madoka Magica I remember in the back of my head one of the big reasons being that it never felt like it actually followed through with anything. It basically tried to force you into emotional connections that they didn’t bother building and then force sorrow and drama on you that just didn’t work. Magia Record started off actually making me care a bunch more then I ever remember caring about Madoka or her problems and even in this episode I cared more for the trio then I think I ever did a single character in the original but that can be destroyed with stories that go nowhere and constant shifting of focus.

I’m guessing the next episode will see the girls battling the Chain Witch or at least trying to find a way to save Rena from it but honestly if it just jumps again I’m gonna probably lose interest pretty fast.