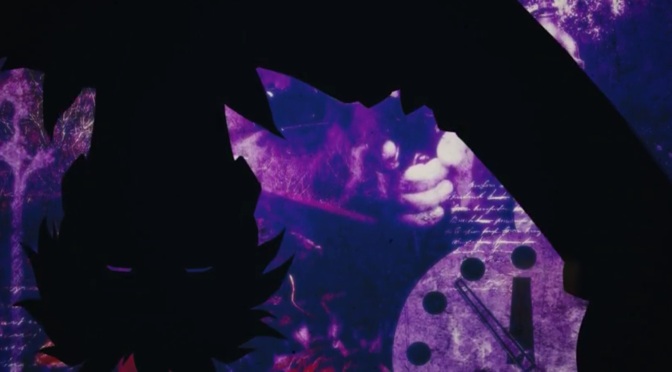 You remember there was that really good anime?

Confusing, all over the place but usually pretty interesting?

Yeah I didn’t remember it till it popped up as being updated either and this last gap of over a month is not going to help it feel any better then it did before.

That being said half way through the episode I felt a little bit of this Hope the title was talking about as the focus totally shifts from Shiniki to America.

Yeah don’t get too disheartened yet, we’ll get to why that is the beacon of hope in a moment.

You see the problem with this story is that it is super confusing and it never explains anything well. Add into it the long gaps between Archs coming out and the confusing mess that it leaves us in would for any other show be enough to have us turn off.

Yet there is something about the way the show presents itself that you feel like you are following it to some extent until you have to explain what it is that you are watching. It is so visually engaging that you lose yourself to the entire episode and leave it wanting more. As a series it is as powerful to us as Magase seems to be on just about everyone around her.

This time though it changed gears.

Following Seizaki around didn’t do anything for me, I don’t really get where any of that was going. It was its normal bizarre take on the world around him from seeing the ghosts of all those that died to flashing around his life to fast for me to get a handle on things. Not only that but at one point it felt like his wife was basically telling him he can die which I dunno, she probably meant something completely different but the first half of this episode was just so all over the place and the long break between this episode and the last had totally killed the vibe they had going that I just didn’t care.

Then the FBI show up and we’re being told the very simple story of Alexander W. Wood.

It was really fun actually learning about this kid who was always sick. He used his determination to get better and have a life, went to uni and got addicted to a computer game where he met his wife who is stunning compared to him and he went on to have a kid with her and ultimately become the President of the United States.

We then get to see some of the big people in charge of this universe’s USA whilst learning that Wood is a thinker and by thinker he really means it. He’ll forever keep thinking about something until he can come up with a answer and whilst the other people around him are starting to worry about the Suicide Law which is slowly creeping into other countries including their own by the end of the episode he is learning what he can about suicide to find out whether it is wrong or not.

Now with the FBI involved and most of the people acting like this is a terrorist attack on the USA I guess we might end up with two different parts to this story.

Whilst they have to kind of fight back I feel like we might also have a bit of a philosophical debate on whether suicide is right or wrong. Maybe Alexander W. Wood is the man who will actually think about it and find a common ground.

That being said as much as I liked that change in the story it is still baffling to me.

Now that we’re out of Shiniki and talking about this on a global scale I’m just lost to what the point of the beginning of this series was meant to be about.

Is this just a moral debate on whether or not suicide is a good or bad thing?

Did Itsuki really just want to pass the law because he himself wants to die?

Where then does Magase come into it and if he is that pro-Suicide why use someone to basically commit mass murder? Why not just talk to people who already want the same thing?

There are so many little elements to this story that I feel like it’ll never really all line up but this new focus MIGHT just might make up for it. I can do without Magase for a good long while and any of the more supernatural elements, if that is what you can even call it. I would like the focus to be more on the Law itself and I don’t even mind Itsuki returning as he’s a good speaker and I would be interested to hear him in a debate with someone who seems much more rounded and ready to listen like Wood is.

I don’t know whether I’m happy its back or not I just kind of want to see the end to it now. I’ve come this far I might as well end.