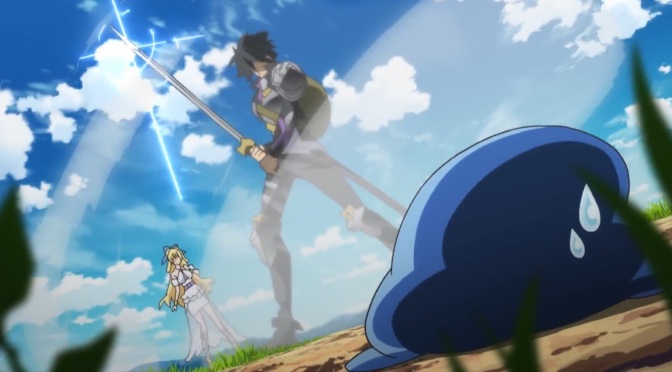 They had a week break with a 9.5 out last week so here we are finally with week 10 and the story of Wohlks, the father of Rosalie.

I actually thought it was a good twist.

For a change I didn’t see it coming if I’m honest and whilst I have a lot of problems still with not only the episode but the series as a whole it was one of the rare moments in the series that actually made me care.

Plus we finally saw Seiya hit a wall that he really had to work hard to overcome and didn’t just run away and train himself up to beat it. It made the fight slightly more interesting and I was actually pretty into it for the majority of the episode.

That being said the humour is still super rough and whilst it was timed OK in this episode and didn’t detract from anything it still isn’t as funny as it seems.

There is actually a really interesting story to be told about the way Seiya treats Rista, what the Gods really are and Rista in general but they won’t go there because it is more funny to have Seiya treat her badly and then be proven right.

Wohlks made the entire Divine Realm and how it is run sound terrifying and I kind of want to know more abotu the Gods but I doubt that is something important even though it feels like it should be. Their actual bodies and souls are in a timeless room and the body Rista is in just has that bodies soul projected into it. I would be interested in seeing the real Rista or learn about why they are the way they are. It made it sound much more like a VR thing then a actual realm full of Gods and Goddesses.

Plus this episode constantly made fun of Rista, as most episodes do, but she also constantly was proven to basically be the needed damsel in distress for Seiya to act.

That in a way is unforgivable.

You have a Goddess who yeah, it might be fun once or twice to make a joke about how she lacks power especially against others in the Divine Realm but to have her compared to a healing herb, lose that battle and then her only actual point in the episode is to be nearly killed and wish in her dying moments that she could be with Seiya is just pathetic.

Again though this show felt like it had so much potential and it has been wasted on some very low brow jokes, zero real development of any character and very bland stories all round.