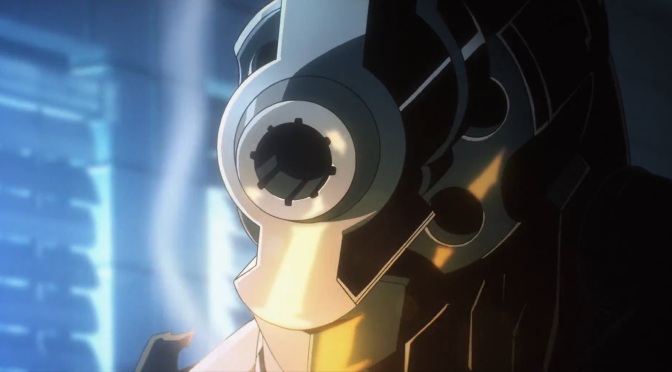 With one big story over we are back to square one with Juzo and the group. Where is this show going to go now and how will Berühren no doubt be behind everything going wrong?

I feel silly not thinking that Berühren was behind everything if I’m honest with you. They planned pretty much everything and whilst Cunningham gets in trouble basically for not hiding what they were up to well enough and getting the EMS and Juzo involved he has one less chance to redeem himself in the eyes of Berühren.

That being said we slowly kind of learnt that maybe this company is behind a whole bunch more then we think.

They’ve suddenly gotten a whole bunch more scary that is for sure and now we are being told that they might even be behind the war itself let alone be the people that “won” it. Would make sense to start a war you know that you’ll end up winning and being able to gain money and infamy through it.

We now have a different target though as Mary becomes a bit more important to the story.

In fact it was a nice change of pace having the story kind of come back to Tetsuro and Mary. We learn that Mary became a engineer hoping to one day find her brother and a Extended called Colt who she has been helping seems to be the stepping stone.

What made the show even better is that Colt now is also a person of interest for Juzo who has been told to hunt down a member of Spitzbergen called Saryshagan who just so happens to be working with Colt. Colt has asked Tetsuro to join him on a big job which no doubt will be something to do with the Terrorists in Spitzbergen and no doubt Mary is going to ask Tetsuro to go so he can find out more about the piece of Extended gear Colt gave Mary that was created by her brother Victor.

It very neatly put everyone on the same path whilst having them come at it for different reasons and in different directions.

Honestly can’t wait to see how they all do come together if indeed they do end up together.

With this gearing up to be the end of the series I feel like whatever Spitzbergen is up to will involve Cunningham in some way and we will see the final downfall of him, I don’t see Pepper or Seven getting much screen time in the last few episodes so maybe they’ll make contact with Juzo but I doubt they’ll be a big focus of it going forward unless this Spitzbergen story is wrapped up in a episode which I hope it isn’t because No Guns Life, more then most series this season, has always really let the stories work their way through at a slow yet interesting pace.

Kind of want to know more about Spitzbergen and why if they hate Extendeds so much they would be working with them.

Not to mention with all that going on there looks to be something in Tetsuro’s past that we don’t know. He got hit by Colt after surprising him and it looks like maybe he isn’t the person we thought he was. Some interesting flashes into what could end up being something much more interesting.