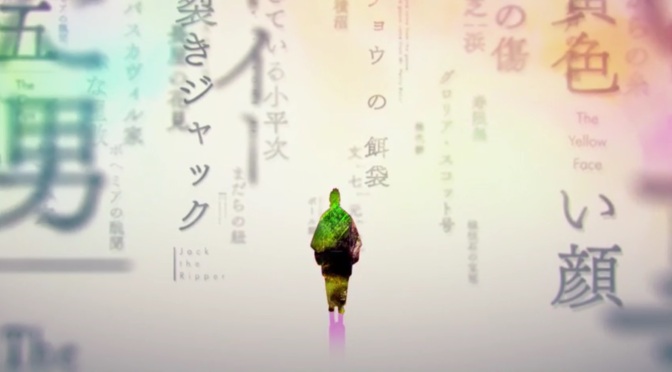 We have a very different episode this week and I actually have to say it might be my favourite so far.

That being that it had little to nothing to do with Sherlock and that there was no real case to solve.

It was a nice change of pace getting to know Lucy Morstan a little more, having some kind of mystery that needed to be solved a little bit and was solved easily by Sherlock but having something else ride on it.

Lucy and Mary aren’t bad characters, Mary is spoilt but that seems to be because Lucy has taken on the bigger sister role and just wants her sister to be happy. It lead to what I guess was meant to be a funny end but actually was kind of real nasty. As Lucy showed time and time again she was a nice character Mary showed that she is a selfish bitch and going forward I just don’t think I could ever like her.

Not having the focus on Sherlock made him much easier to deal with too, seeing him explain what happened to the missing money was fun and even his relationship with John was more Sherlock and Watson then ever before with Sherlock testing things on Watson without telling him.

I didn’t like that in the end Lucy ended up not being able to pay the money so had to go to a show to pretend to be a male host and I think that we were warned that whatever Mary wanted was going to be much more selfish then we thought so when she showed up in the dress that Mrs Hudson wanted instead of having a place in a college to go study it made the fact that this all happened to Lucy even more infuriating.

At least with the Omiyama stuff he was genuinely a nice guy that had fallen into a bad place and even then stopped himself from doing the bad thing.

That being said it was a nice showing of not just how nice Lucy is but how forgiving and compassionate she is.

She had no second thoughts about giving them her money or letting them keep it after the case had been sorted. She also didn’t care what it meant to get the money for Mary and worked tirelessly to pay back her debt. Knowing that she didn’t have the money she, as I said, let them keep the last of what she needed and didn’t kick up a fuss when sent to be a male host.

I mean it was funny but it was kind of sad too.