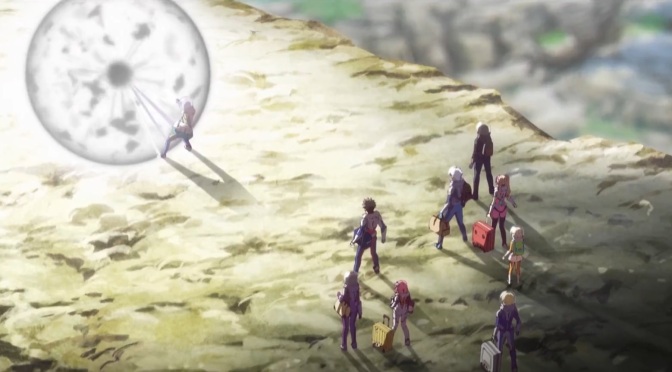 Well that ending to the last episode was something right? With Ulgar in the spotlight I just so hope nothing bad happens to him.

Ulgar isn’t the one that has done this all, in fact this episode did nothing but move Ulgar closer to the team after he opened up about what happened to his brother and how Luca’s father, a senator, was probably involved.

Like all the characters learning a little about all of them has brought them closer together and it feels like they kind of get re-introduced to the group in a new light.

This took up most of the episode but we did get to see the bad side of the Paradise planet which was a Tsunami which nearly killed Ulgar. Exploring these planets is slowly becoming my favourite thing and I wish that this series didn’t look like it was going to be so self contained because I would love to see them continue to just explore places.

In the end with Ulgar off the hook my prediction that maybe Charce, being perfect with no actual downside yet, might be the one that doesn’t fit in.

Now there might be a reason why photographic memory Aries doesn’t remember Charce from being in the biology class but it very much makes it seem like he might actually be the enemy they are looking for.

It kind of makes sense too.

I mean his mum seemed nice enough and was the only other parent that seemed to not just want to write her child off as dead but then again do we know he really is Charce? The teacher who picked them up didn’t seem to know them all so he could be someone else. Then again he might be a drop out? Who knows.

It doesn’t look good for Charce.

I still want it to be Aries and for a brief moment when she was going on about biology I was like AHA so it IS her then realised that it was going to turn on Charce which is sad because I really wanted it to be Aries because she’s so annoying.

Have you guessed that I find Aries annoying yet?