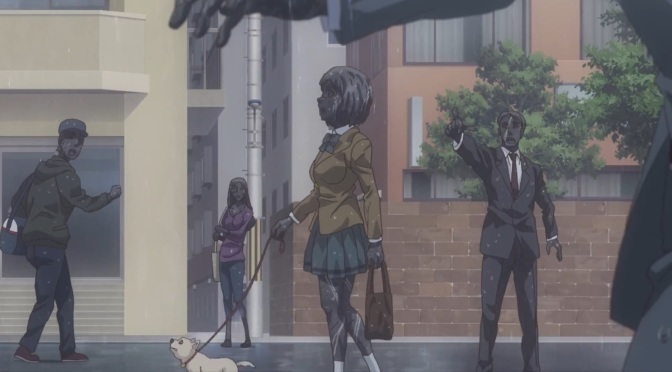 Suddenly the world has been expanded so much with Senku coming face to face with someone who was born in the Stone World.

Enter Kohaku and now a entire village of people who have no memory of the world before it was turned to Stone.

I actually really enjoyed the comedic route this took whilst having a very serious story there as well.

Meeting the small amount of people we did was fun specially meeting the Stone World’s version of Senku I guess in Chrome. He thinks he’s a sorcerer, not having a word or any knowledge of science of course that is what he thinks it is, and with no help to put his curious mind on the tracks of Senku’s back in the past he has done as well as he can.

It was a fun episode that also showed how Senku is going to make his way into the village as well as the trouble’s he’ll have even when he gets in there.

Kohaku’s sister Ruri is ill and Senku is possibly the only person who will be able to save her by creating antibiotics, how he can figure that one out without even seeing her I don’t know but I’ll roll with that for a moment, that being said the village seems to have a very strict set of rules which don’t allow outsiders in but also seem unwilling to allow Ruri out of their sight even to talk to her own sister.

Oh yeah Ruri is a Priestess and by the looks of it kind of really important to the village.

At the moment I can’t tell if we’re meant to look at this civilization as one that is descendant from people who were reborn after the Stone World kicked in or whether evolution itself just happened. Whilst Kohaku and Ruri are both drawn differently, more rounded and full on then the rest of the group, there is no real indication of what their history really is.

By looking at how it is and the rules you could say that the village was born out of people who might not have been super smart like Senku but smart enough to learn how to keep safe, create little things and build a village that keeps by rules that keep each other away from danger. That could also just be natural evolution.

If there is one village after all there might be more.

It just feels a little weird you know?

They have words like priestess and sorcerer but not science. They might be primitive but they have sturdy bridges, decent looking structures, boats and all sorts going on and are smart enough to know that sorcery might be a thing so it all points to them being descendants. At the same time you have to wonder why other things weren’t passed down and why it was some kind of mystic world that ended up being the one they live in with magic instead of science.

I mean they could have gone down the path of what Tsukasa basically feels and decided to start again, without the knowledge of how to create things like Senku maybe they just thought it better to survive and old tales were passed down and made into reality. I mean they all seem to speak Japanese which is something I don’t think has been talked about yet, if it has then I missed it, so they must have been taught that from someone. Let’s face it… Two Million Years isn’t enough for Japanese to become the default language of a primitive race.

Not really that bothered about the here and now if I’m honest I want to learn the history of the village and how it came to be. I guess we’ll have to wait and see if Ruri gets better and maybe as the Priestess her job is to pass down the history and she’ll tell it to us. If not I’ll be disappointed because I’m actually intrigued to find out but at the same time it is really bothering me not having it explained even though I’m aware that it didn’t need to be explained in this episode.

I just want to know.