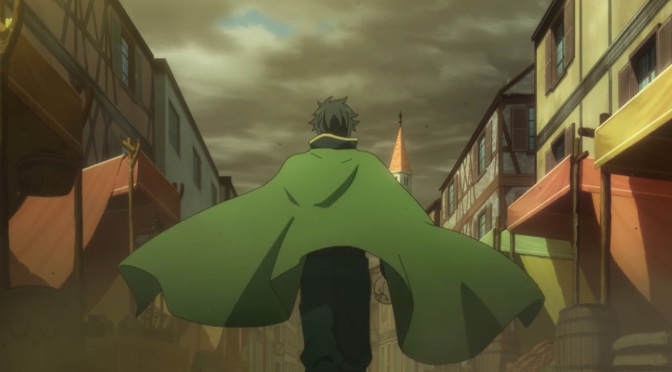 With Malty in full evil swing things only get worse for the team as they decide to head and see the Queen.

It was a bit of a slow episode but I guess it has to be. In between what will be two of the biggest episodes of the series you have to take a bit of a breather and that is exactly what has happened here.

For a start the episode spent more time giving us a better look at the pain the Demi Humans go through, this is going to tie in to Raphtalia confronting the Lord who obviously sold her into slavery and maybe did other things to her before that. It feels like they are trying to do two things at once, first up to flesh out Raphtalia’s background from what happened after her parents died in the first wave and secondly to actually tell us what it is that happened to the King to make him hate Demi Humans as much as he does.

Whilst I’m not that bothered about MORE backstory for Raphtalia I guess it will allow us to see the atrocities that the Noble’s and the King can get away with by making Demi Humans look like second class citizens. We’ve already seen how horrible the one that we’ve met in this episode is so seeing how much worse he could be when faced with people he doesn’t see as people will probably be hard to watch.

It is the King that really fascinates me.

There is a whole country called Shieldfreeden which is a Demi Human country it makes you wonder if this isn’t some kind of vicious circle. If the Shield Hero always is treated badly and turns and gets help from the Demi Humans who are also treated badly then depending on just how long ago the last load of waves were the King could have lived through them and something COMPLETELY UNRELATED TO NAOFUMI AND CURRENT DEMI HUMANS could have happened to twist and warp him into a racist piece of shit.

If it means we are going to get a proper look at the King and how he was made into the man he is today I’m all for it.

For example, somewhere isn’t going to be called Shieldfreeden without the Shield Hero of some time in history helping them to freedom. What if that piece of the world had actually been inhabited by Aultcry Melromarc and his family? Maybe they were ousted from their homes, maybe they came across bad Demi Humans and because there was some fight to bring equality he became jaded towards them and the very person who was freeing them? It could also be a hark back to slave traders, if Demi Humans were ALWAYS seen as trash his family could have become rich being slave traders and lost everything when the Shield Hero helped them. It could be even as simple as a “Quest” for a past Shield Hero who fought alongside Demi Humans in a civil war and the Kings family ended having tragedy in that war.

There is now a wide possibility of interesting story reasons for the King to be the way he is and whilst I still think Malty if anything has a silver tongue and the power to keep her father repressed in certain ways, bringing out the worst in him and bending him to her will, there might be something horrible and traumatic in his past that to us might boil down to “his family were awful and deserved it” but then again… Everyone thinks they are on the right side of any given war else why would they fight in it?

Society can change and some cling to the past and whilst they can grow as humans they can still suffer from the trauma any given moment has inflicted on them even if in their life they grow to know they were wrong.

Now the waves come back and the King has spent his time twisted in hate and trying to besmirch the Shield Hero, the cause of his anger and pain, just to see him actually be a Hero. Bond with people, help people and of course befriend and work with Demi Humans.

Whilst that might not be the case just think of what a powerful story THAT would be and this has given hope that it isn’t going to just be a old man being a dick for no reason. There is a reason and there might be a really good character piece for the King later on that makes him more then just a villain in the shadows pulling strings to make Naofumi’s life difficult.

Whilst we still have a lot of questions never seemingly to be answered I actually think they are building to something extremely dramatic and will suffer through a complete look at Raphtalia’s past if it means we get some fleshing out on why Demi Humans are treated the way they are and even maybe why the King feels the way he does, though if that does happen I feel we won’t find that out until we get to Shieldfreeden or Stiltvelt.