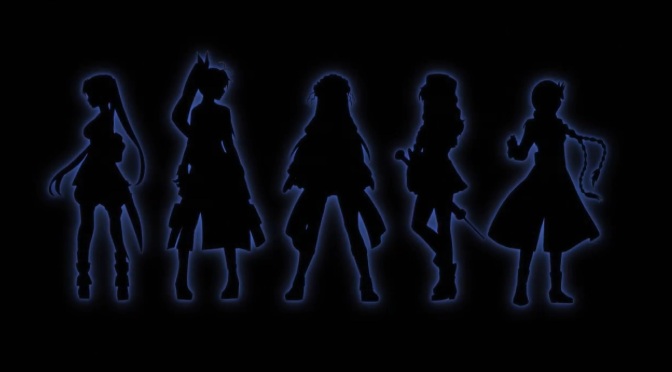 We’re back for another confusing episode of Magical Girl Asuka!

When I say confusing it has once more kind of mixed up fan service kind of stuff with super serious stuff.

On one hand you see the bad guys recruiting Chisato, a girl who was involved with a car accident when four drunk kids killed her mum and took her leg from her. She’s saved from her abusive father by Giess and his horrible story and hers is told whilst we see her become a member of their group.

Then we get a glimpse of the 6th Naha, a communication between this world and the other one that is obviously where the bad guys are going to attack. Two of the other Legendary 5 Magical Girls are there to work…

Then the other hand.

The other hand is Asuka and Kurumi at the beach in bikinis and Kurumi just being a sex pest in general.

Not only that but because Kurumi even gets there we get to see her kinky torture techniques which was just completely unneeded if I’m honest.

So on one hand you have a fascinatingly dark story that won’t let you go and then on the other side you have ridiculous story telling which was unneeded. It even kind of ruined learning more about Asuka as she has a nightmare and wakes up in the middle of the night.