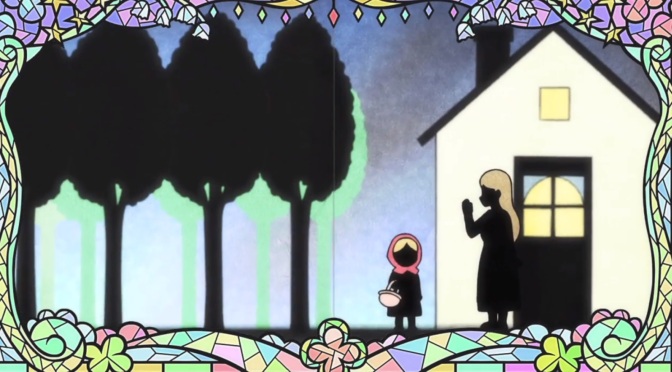 “Yume to roman no takarajima” ( 夢とロマンの宝島)

We’re finished with the explanations and how Ex become part of the group and we’re back to adventures.

This time with one of the biggest most beloved Adventure books of all times it seems.

This episode was really fun, it was just a adventure to find the treasure that Flint had left behind.

I liked that Reina was portrayed as the idiot that didn’t get the fact that things were booby trapped and probably she shouldn’t just be running towards what could be danger.

In general though it was just a adventure and I liked it because it felt different from the others. Whilst there was obviously going to be a Chaos Teller somewhere for the most part it was Tao getting to have a “manly adventure” with a manly character. There were some pretty fun moments and a decent twist for the characters that we kind of knew were going to happen.

Our heroes help Silver get to a certain point before they met Jim Hawkins and Silver, as you kind of knew was going to happen, betrayed them all. It also turned out that he was the Chaos Teller of the piece which makes sense, he was the Villain of Treasure Island in his own way and whilst he continued to be so in this version they also made him sympathetic by using that darned Book of Fate to tell his story.

Like, once more, Riding Hood, Silver grew up knowing his story. Knowing what he’d do and that he’d never get to follow his dreams, knowing he’ll always fall short. It can’t be a easy thing to deal with, like Riding Hood who grew up knowing she had to be eaten by a wolf Silver grew up knowing he’d be a failure. Therefore it was easy for him to become corrupted knowing that nothing he’ll do will ever quench the thirst in him to follow his dreams but also knowing that his fate is to be the bad guy in another persons story.

It was again something that they gave you the thread to pull on but no after thought on.

I mean how would you feel having read your Book of Fate as a kid to find out that you did bad things and never followed your dreams?

If you have big dreams and they failed and you became the Villain wouldn’t that hurt when you see people around you knowing that they’d fall in love, get a dream job or whatever else? It doesn’t matter what your dream was knowing that your purpose was to live a life where you never achieve what you want to achieve must be painful. I have a feeling that is the story that is really being told, all these people who know their fates and have them set in stone but they aren’t nice fates must suffer considerably more then those who have plain fates that give them comfy lives even if they have to be a NPC in someone else’s story or even those without a Fate and are able to write their own.

It begs the question of whether the Chaos Tellers, the ones who actually travel from Zone to Zone like the main group of character do, actually had fates and knew that those fates were going to leave them in pain so rebelled and escaped. I mean Loki is a character, he’s a God and his story isn’t a nice one half the time. He might not have been the most positive of people but his fate isn’t one that anyone would probably want to have so what if he just left his story? We are told people can’t but at the same time we see that they can, all these Chaos Tellers in story like Silver are changing their story and the only difference is Reina and co are there to put the story back together. What if you break your story so much and then you, as the person who has been possessed by these negative thoughts, are able to escape that zone before it collapses?

Probably not what happens but I like that we’re actually seeing what the bad guys to these stories feel about their own Book of Fates.

A interesting line is I guess one of Silvers that went along the lines of “you don’t set out to be the bad guy” which is true. In this universe at least Silver is living the life that Fate has told him he has to live, he has no other choice but to live the way he is living and that is sad. He has no chance to be a better person, to do the right thing or maybe even follow a path he see’s as being better for him. He wasn’t destined to fall in love and have his heart changed so that the longing to be the best fades, he didn’t have people around him that he could call friends. His fate is written in stone and a power greater then Silver has made him the person he is and when he does fight against it of course he becomes a bigger villain because his dreams are against what the world is about.

It is really sad when you think about it.

One thought on “Grimms Notes : Treasure Island, a Place of Dreams and Adventures”