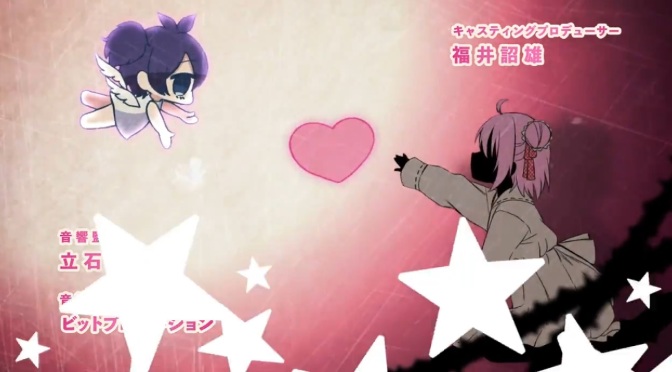 OK so I talk shit about this anime a lot during each episode but that is because it got to me. The story being told is one I think is worth the journey and here is exactly why I think that.

Happy Sugar Life is one of those anime’s that if you tried to describe it to someone you just wouldn’t be able too. You’d start off trying to give a brief explanation without giving any story elements away, figure out that you now sound like a pervert who likes watching anime’s about teenagers trying to kidnap little girls, go into more detail and end up spending a hour of your life describing every little detail of the show to someone who ends up thinking it is a pile of shit.

Truth is it is far from a pile of shit as you can get.

On the outside and in the plainest way of looking at it the anime is crazy as hell. Characters go through the absolute most extreme of things all the time and there is no chill in the story telling. This guy is raped, that girl is abandoned, this one is tortured… If something horrible could happen to one of the many main characters it was going to happen and to top it off they are all teenagers being abused by adults which is warping their view on reality.

When you go deeper you see such broken and sad stories of teenagers who are broken and need repairing, they reach out and hold tight to ideologies of what will make them happy without ever really exploring anything. There are no decent adult role models a single one of them can turn to for help. They are lost.

This isn’t a happier anime.

This is Happy Sugar Life.

Their desires out way all else and they end up doing things that you think would be ridiculous if described to you but make sense in the little world of broken, hurting teenagers who are searching for one thing.

What the result of no decent adults is though is that they look at love the same way all teenagers look at love. A romantic, sexual bond with someone. They look for marriage, purifying spiritual connections and something that will “fill them” when in actual fact most are just looking for normal every day connections, true friendships, people they can rely on and most of all ADULTS who will love them in a proper way. PARENTS, FAMILY MEMBERS, BOSSES… People who most normal kids have and can look up too and learn life lessons from who love them appropriately (and in some cases I guess we’d never see the connection as love but I’m using the word because the teenagers themselves are mislabeling that bond they want as love) and guide them through their struggles.

They don’t get that so what happens is that their worlds distort into something vile and dark.

What has this got to do with why I recommend Happy Sugar Life?

Happy Sugar Life is one of those anime’s that if you tried to describe it to someone you just wouldn’t be able too. You’d start off trying to give a brief explanation without giving any story elements away, figure out that you now sound like a pervert who likes watching anime’s about teenagers trying to kidnap little girls, go into more detail and end up spending a hour of your life describing every little detail of the show to someone who ends up thinking it is a pile of shit.

There is no way to explain a character or why they made me connect them so much without going on and on at length about everything. There is no way to describe it. It is a mess at times, it is a head fuck all the time but overall it is a show that made you care. You cared about Asahi trying to find his sister, you cared that something good happen to Taiyou after being abused, you want Shio and Satou to find happiness but you want it to be healthy and for them to stop what they are doing and get help. You care that the adults don’t care, you want them to come together and work things out. It makes you angry when you see the flaws in their logic and no normal, right thinking adult there to point the flaws out.

You want them to have a Happy life. You want them to get help. You also can’t turn around and say “every episode is brilliant” or “you’ll love this character” because it just isn’t true. So you end up trying to explain the EXPERIENCE of Happy Sugar Life and come up with the above.

Every episode isn’t brilliant. Don’t get me wrong they built tension and drama up well, kept you wanting to know what happens next and usually ended really strongly but story points became muddled and episodes didn’t flow well. It felt a chore to wait a week to see another episode and if you binged them like I did it became overwhelmingly confusing at times. The series as a whole when you finish it makes sense and a second viewing will probably help you clear up any gaps in your knowledge. Overall it was a success at story telling but it took you on a journey that sometimes made you want to rip your hair out in frustration.

Plus I can’t tell you if you’d even like a single character. I feel it is important that you DO like a character even if you DISLIKE them at the same time because if you don’t bond with them you won’t care for their stories and where they slot in. What I’ve learnt recently though is that some people can’t emphasis with a character they feel has a “too dramatic” story and every single one of these characters have something traumatic in their past. I personally found each character well rounded and felt sad for them all, you might never want to understand their backgrounds and what made them turn out the way they are and then I feel you’d miss out on some of the beauty of the characters.

It is a hard one to talk about but a easy one to say that you can’t judge until you’ve seen it because no description, no amount of reading about them and no one else’s opinion will ever let you know the EXPERIENCE of Happy Sugar Life.

Boy oh boy is Happy Sugar Life a experience you need to live through.