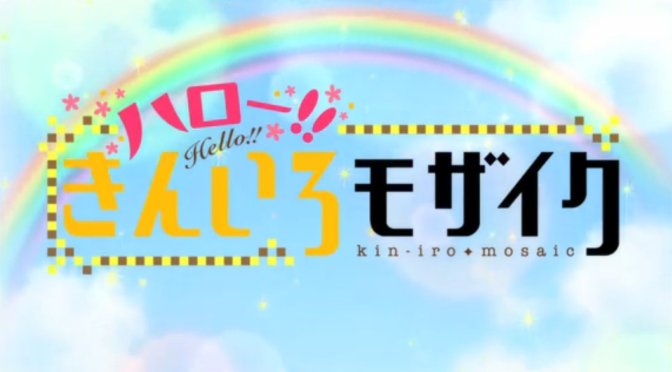 We follow up the trip to the beach with a very two sided story.

First off we get to spend a whole afternoon with Karen and Honoka which is nice. It really is nice to see Karen make friends of her own in the school, I’ve always found it sweet that Karen went to Japan to be with Alice but since she arrived it has hardly felt like Alice gave two craps, in most of the situations they are in she gets jealous of Karen for one thing or the other whether its someone mentions her blonde hair or else she comes out and get complimented at times Alice can be very dismissive and rude to Karen even if she doesn’t realise it.

Honoka has been one of my favourite characters this series and is a much calmer version of Shino, whilst the series really hasn’t focused on the girls beyond what they are doing we really got to see what makes Honoka (and Kuzehashi) tick.

It was a nice difference having Karen as the main focus at the beginning and to have her with Honoka.

The second half of the episode focused on Shino, Aya and Yoko after Alice and Karen went back to England for a week. Remembering that they talked about this a few episodes ago when I realised Alice hadn’t been home since arriving in Japan it kind of made little sense to me, surely she would have gone home at some point?

If the series is going to be a 12 episode series like last series then we’ve got one last episode to see the girls. Why this is strange to me is we’ll never really see Alice and Karen together doing something in England.

I think that would have been nice as it was nice to remember that Yoko and Aya were friends with Shino before Alice came to Japan, when they tried looking after her the first day Alice was gone it was nice to see all three of them together. Even though I’ve enjoyed the series at times it really felt like they weren’t as close as they were in the first series. This kind of reminded you they were.

This is why I’d kind of liked to see Alice and Karen up to something in England because at the end of the day yeah we got a flashback to when Karen got injured and Alice found her a few episodes back but it would have been nice to cut into the Shino missing Alice story with Alice and Karen having a adventure in England.

The title of episode 12 just makes me cry thinking of it. “Because I love you more than anything” if this is the last episode I don’t think I’ll be alive by the end of it!