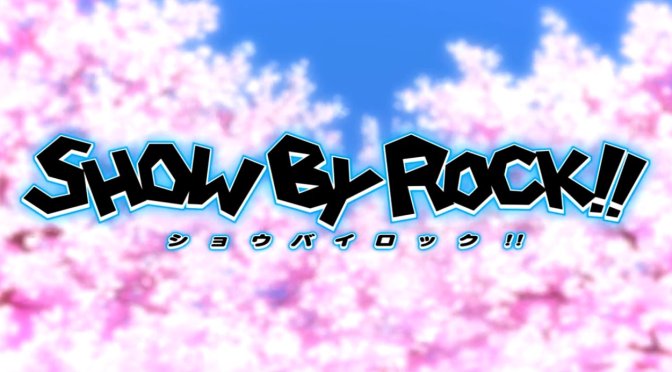 The bands just keep coming, every week we have a new group to hear from and more blandness from Plasmagica.

Thing is when you take everything Plasmagica does in a episode OUT of the episode you have the best anime ever.

Well that is stretching it a bit far but honestly everything else about the anime is great.

The main character/band… Not so much.

This week they go to see Tsurezure play and learn that they have their own style that emphasises who they are. So Plasmagica go home and work on their “look” just to piss off Rom of Shingan Crimsonz.

Rom is one of the most interesting characters in the whole thing. He’s a hard worker and loves his band but now we know he has a history with Trichronkia’s Shu Zo. They used to be in a band together before Shu Zo become the super popular idol and Rom ended up with his dorks in Shingan Crimsonz. They also produce the funniest moment of the whole anime thus far when they were singing about how they like to eat their ramen.

We learn that Unicorn Virtual Music Inc. is after Cyan which isn’t exactly news, we see that Moa misses her home but loves her life with Plasmagica, we see Retoree try to be friends more and then the band decide that they need to write a new song.

Its all go for the most blandest of bands in Midi City.

The episode wasn’t all bad I guess but I really don’t like Plasmagica much. Still its all growing on me slowly.

Rom has a interesting looking story, the other bands have interesting characters, but Cyan is boring and the fact that the whole world is going to relay on her is boring. I’d much rather she wasn’t the all powerful musical genius but had to work on it with the others, as it is it seems that nothing she does is bad therefore the band will need her.

BUT SHE ISN’T INTERESTING ENOUGH!

She’s boring. The whole problem with the lot of them is that they are boring. ChuChu showed some character in the last episode but she’s reverted to being the “eye candy” of the band. Retoree could be interesting but is stuck in a rut either murmuring to herself or perving over Cyan. Moa is interesting but her story is forgotten all  episode long till the end so we never really get to see anything but a super duper eccentric character doing random things.

This is the one problem that episode after episode they never bother to do anything with to the point that even characters ONE EPISODE OLD are more interesting then the main characters.

Hopefully that might change but I don’t see it happening.